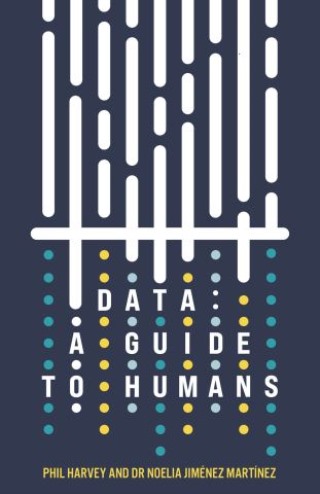 Data: A Guide to Humans

Phil Harvey: Phil Harvey grew up in Dorset and received a Bachelor of Arts in Artificial Intelligence from the University of Sussex. He has done most jobs in IT from cabling under the floor to building computers to working as a programmer for fifteen years, which included five years as a start-up technical founder and CTO. He is the named inventor on a patent and works at Microsoft as a cloud solutions architect for data and AI.|||Dr Noelia Jiménez Martínez was born in Argentina, where she became an astrophysicist. She has worked as a data science consultant in London, with big companies and assorted SMEs, as an astrophysics researcher at several universities in Europe, and as the head of data science and astrophysics at the publisher Unbound. She holds a PhD in Numerical Astrophysics Applied to Galaxy Formation and Chemical Evolution from UNLP. In her free time she explores how to use AI solutions to avoid climate and ecological breakdown.